I first learnt about Erik Sandberg’s work from the cover of the last issue of Empty Magazine, which features a series of images of his “Hairy Children Portraits”. During an interview last year with Beautiful Decay, Erik says his inspiration behind these works is “The complex effects of contemporary pop culture on children….the increasingly uncomfortable expressions of today’s elementary school photos…news reports claiming traces of Rogaine, Viagra and other various pharmaceuticals found in tap water….”

I love his work, especially the Hairy Children portraits. Erik’s work includes themes such as globalization, gentrification, consumerism, online dating and the dynamics of modern relationships. He integrates digitally rendered human and animal figures with contrasting traditional and non-traditional painting skills. The pieces speak for themselves, some of which are a little haunting. I would love to own a piece of his work. 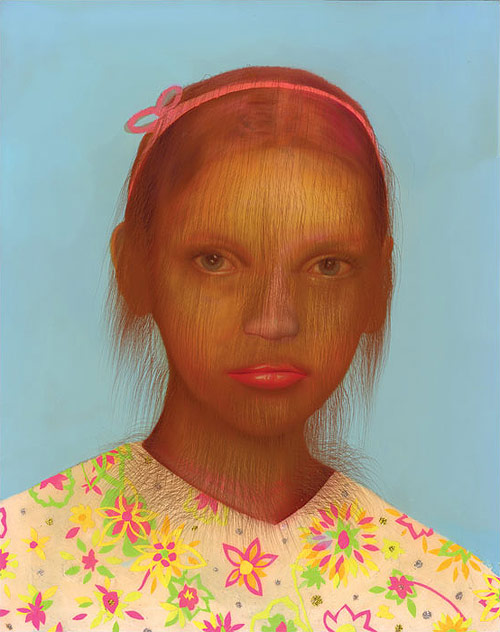 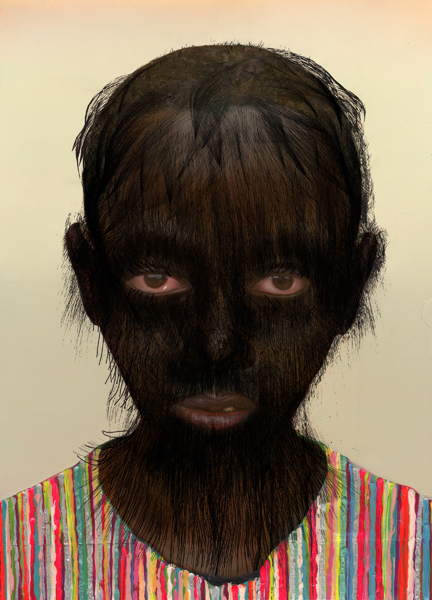